My Dining room has served as my ART STUDIO for a few years now, but until recently the room truly did double duty – ART Studio by day…Dining room/Homework room by night. That all flew out the window with my most recent venture. This job and the paintings themselves were just TOO Large to dismantle nightly and the scale too huge to clean up completely.

I began by doing something I should have done years ago…I lay paper over the floor…this made clean up super easy and as a side benefit decreased the amount of dust and microscopic hairs that plague me when it comes time to Varnish. Pus, spills were not an issue. At least small ones more on that later…. 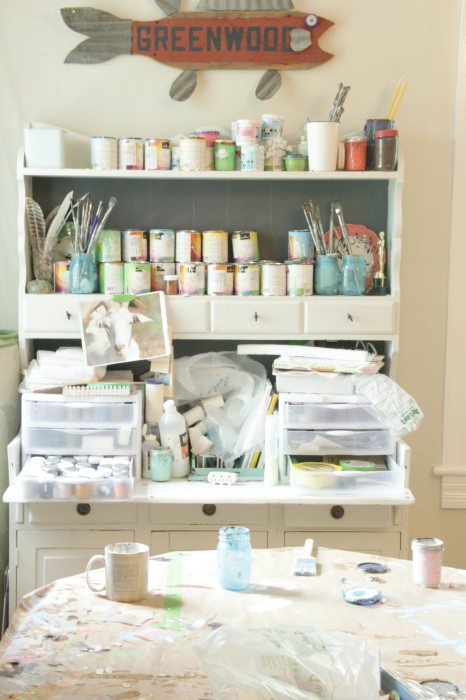 I paint with Benjamin Moore House Paint. It works for me. I have tried many other paints and I like these best…end of story. 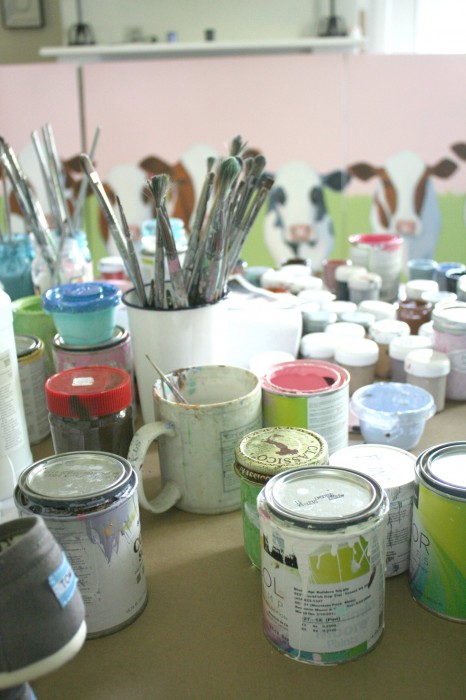 I recently splurged on a new easel …I NEEDED ONE one that could accommodate the huge canvases I have used…  Do you see Gus? I have tried and tried…. but you know how CATS are!!!…the ONE  room that I would like them to NOT be in…is their favorite place TO BE!.

He loves hiding behind the canvases… 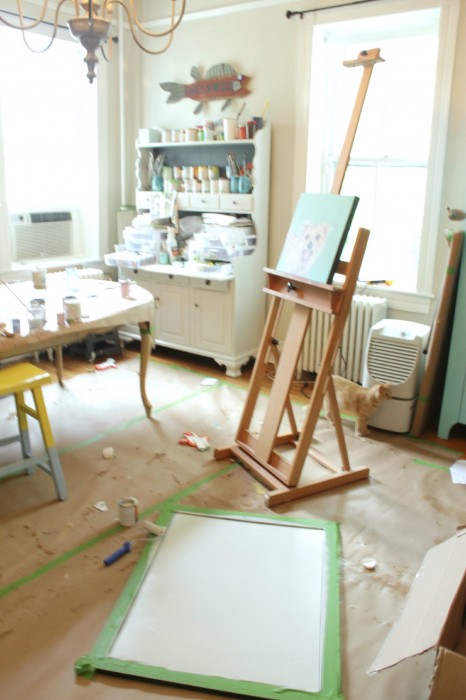 AND JUST BEING SWEET…… 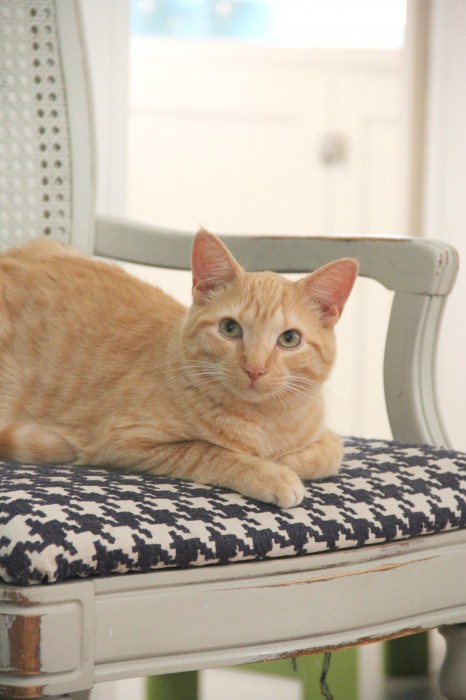 ….so here is a story that fortunately….has a happy ending but could have been a disaster.

It was 3 days before I had to deliver the paintings to UVA and I had painted 12 to 14 hours a day for about a week…no exaggerating…It was also the last week of school…typically a crazy time…and to top it off…Tate’s varsity soccer team was playing games every other night as they came closer to the State finals (which they happily WON!).

But finally, I was down to the home stretch.  It was about 11:30 on Saturday night and all that was left was to paint the sides so I could begin varnishing each piece, this process takes a few days and everything must be very clean and dry to begin …I had signed each painting (with my new signature – I used to write my nickname “lu” but now, to help people find me I write “ldevito” ) I was using a dark blue/black color to paint the sides and because of the HUGE scope of the project, to save time,  I decided to roll the paint on as opposed to using a brush. I was pouring the navy paint into the pan and out of the blue – the FULL can of paint dropped out of my hand and FELL in slow motion…and HIT…the ground, BAM! and sent paint flying, straight up and sideways and  up to 6 feet away…hitting every single open surface …

which was every painting I had laying out….including…. 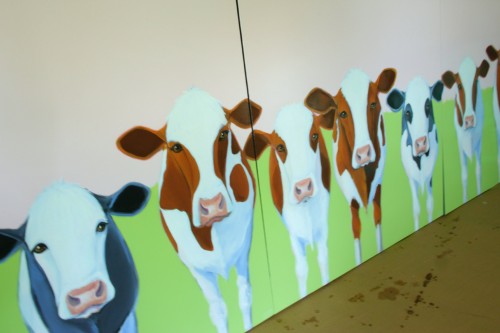 There was No time to panic, but I did CUSS ALOT! I screamed for my husband and Phoebe and they ran in a gasped, there was dark blue paint all over the giraffe painting and the three-piece painting of the cows….it looked like a navy blue blood-bath!!!!

..The water based paint was in SO  many places and on so many surfaces that we were having a hard time getting it all off before it dried and became adhered to the paint below….but SOMEHOW we were able to rescue everything, (Thank Goodness there was paper on the floor) and even though I did have to repaint all the background colors ….compared to how much worse it could have been..that was a small price to pay!!!! 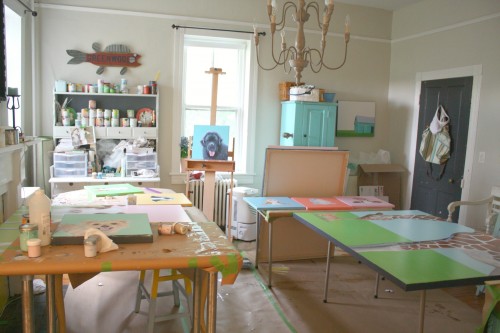 Maybe one day I will have a big studio with a sink and lots of built-in is storage and display room but for now I am grateful that my family has been completely supportive of displacing the Dining room…they LOVE to eat in front of the TV anyway so this makes them quite happy!!!!

I AM  SUPER EXCITED TO HAVE AN ALL ART WEBSITE ON THE HORIZON!