I JUST COMPETED A PORTRAIT OF Our youngest dog is named Bean.

We got BEAN two Christmases ago, in a weak moment, after our beloved dog –  disappeared. According to the DNA test, he is half Beagle and half “lab mix” .

At first he was easy, sweet, cuddly, and compliant. Then one day he figured out that if he ran as fast as he could, barking and howling as he ran, that he could break through the invisible fence.

And that was the end of our ability to keep BEAN from running away.

We like to say that God made him unbearably cute for a reason. The truth is, I’ve never had a dog that seems to know exactly when I need a kiss or a snuggle.

Since day 1 – Bean and Charlie have been INSEPARABLE!

“Animal. When I think of “Animal,” I think nature, the wilderness, and freedom. I think of wolf packs and their territories, which extend for miles. Animals live in the present and life is simple. It’s about Instinct and Survival – the basic needs of shelter, food, water, and mating….”

Tate and Bean have a very special bond.

SO I PAINTED A PORTRAIT FO EBAN FOR TATE FOR CHRISTMAS. 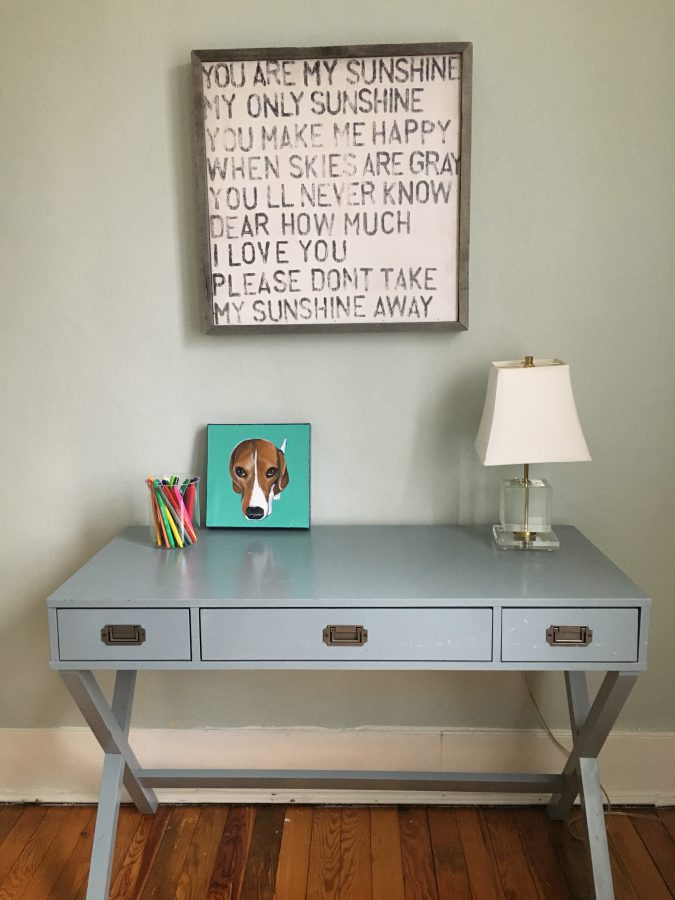 7 thoughts on “A PORTRAIT OF A BEAGLE NAMED BEAN”