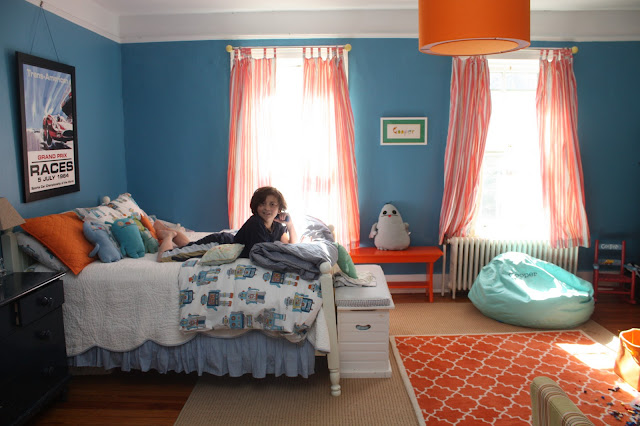 This is Cooper’s Room.


I learned something the hard way about decorating for boys. It seems that  opposed to my daughter who would love an annual room makeover, my two boys pretty much like their rooms, just the way they are, however they are. So, if you are decorating your nursery, or giving your baby boy his first “big boy” room,  keep your palate neutral and versatile, so when he outgrows Humpty Dumpty or Thomas the Tank, or construction equipment, you don’t have firetrucks on your middle schooler’s wall, because they don’t like change.


It must be genetic, or a guy thing, because, left to his own devices, I am 100% certain that my dear husband would still have his mattress on the floor, and his collection of mismatched beer mugs on his shelves. He appreciates color and he admires the things I do to the house, but the rhyme or reason of it all is lost on him. Thats fine. In fact, it makes the decisions easier because he usually defers to me when I am choosing colors and styles.
Cooper, being a boy, is not fond of change. He likes what he likes and sees no reason to reinvent the wheel. In fact he likes wheels. And cars. And Monster trucks.
The boys shared a room until 3 years ago when Tate went to middle school.  We converted an old sleeping porch into Tate’s room (another blog) and Cooper got the big bedroom all to himself. Last year, I was finally able to convince Cooper to let me change his Humpty Dumpty bedroom, our original Nursery decor, which was 14 years old.

The room Has been a few colors, this one was painted Benjamin Moore Harbor Haze, a serene muted blue gray, 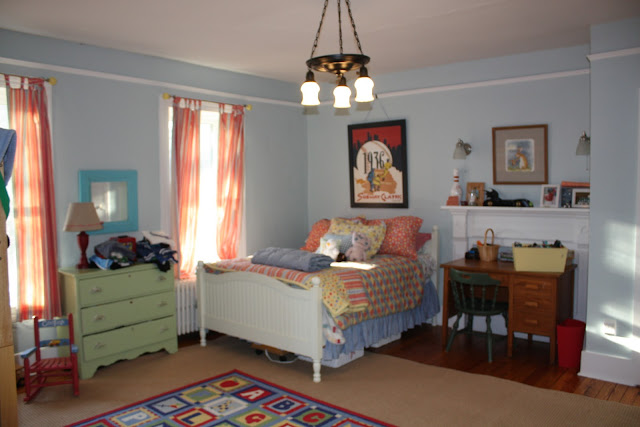 but Cooper wanted less serene, more pow! We chose a dynamite deep blue with a touch of green called
Poolside, Benjamin Moore 775.
This color is absolutely perfect, not too light, not too dark. Happy.  and incredibly versatile.


Bedding is relatively easy to change, lets say compared to wall color or wall paper. And solid, stripes and plaid fabrics grow with your child, as opposed to zoo animals or firetrucks. But A firetruck duvet cover might be a good compromise.
To replace the Laura Ashley Humpty Dumpty pattern,  Cooper chose  Robots from Land of Nod.  We finally let go of the Pottery Barn Kids ABC rug and replaced it with an orange Pottery Barn rug which once had been in our foyer. I spray painted tables and stools and bins orange and everything else just worked. The double bed from Pottery Barn was a barter acquisition, I made a friend some custom drapery and got a bed as payment! 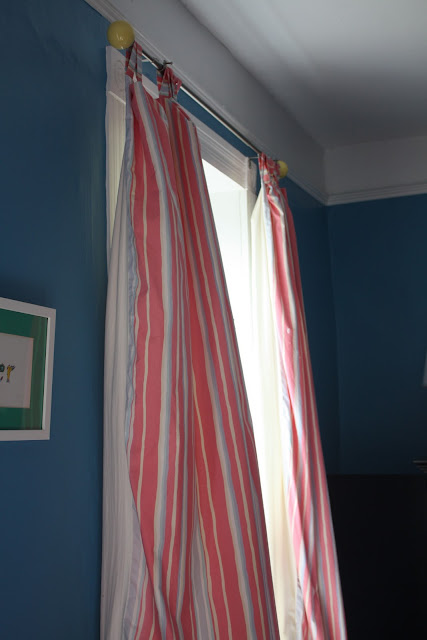 The custom made window treatments were an e-bay purchase when we moved into the house and the Orange Drum light was a score from Land of Nod. 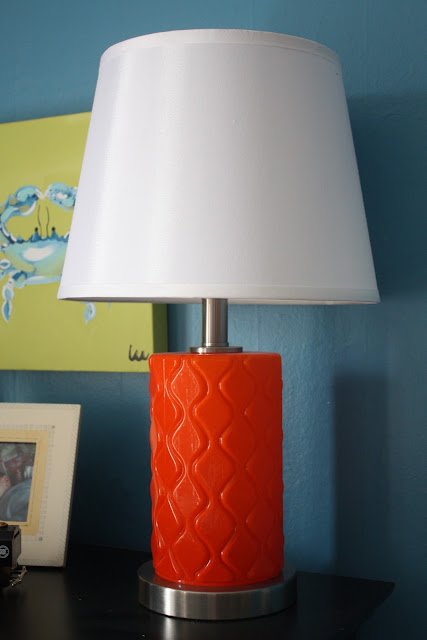 I got two of these lamps for $10 each at Marshalls! 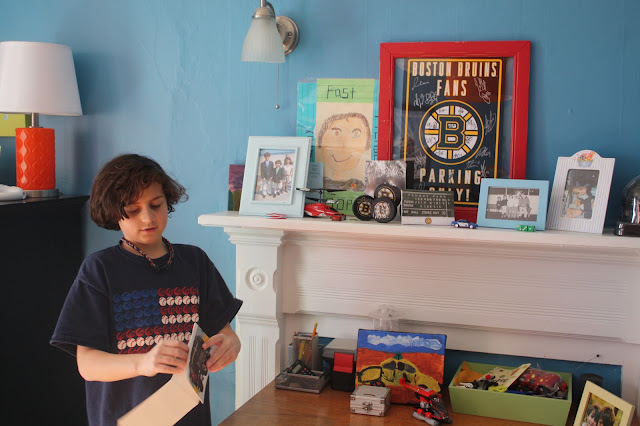 Cooper gets a signed card from the Boston Bruins every Christmas. 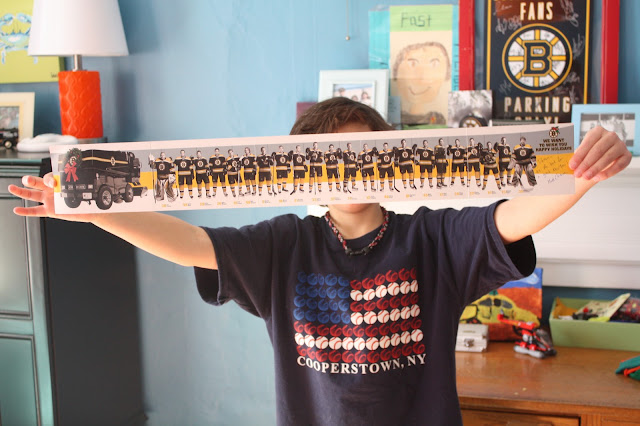 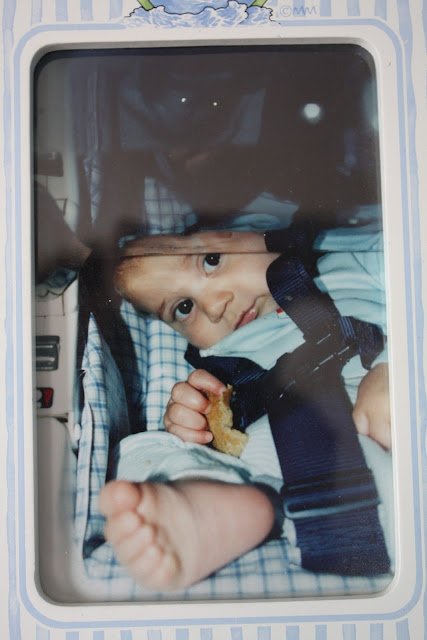 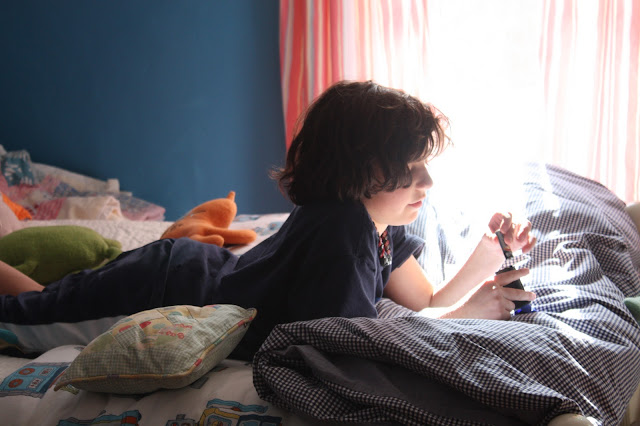 And so does Cooper. 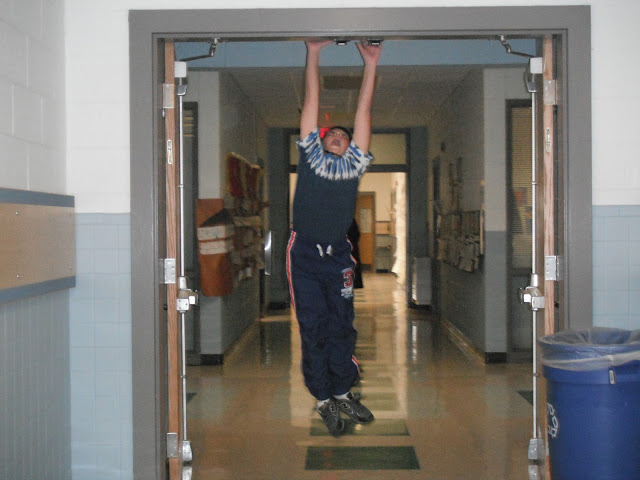 He is getting TOO big!
Time to visit my daughter’s room!!!
One of my favorite makeovers!
HERE

3 thoughts on “Boys will Be Boys”