GRACIOUS – My Old Country House
Skip to content
— old country house blog —
When I was 11-I was
Horse Crazy.
It all started …not because I was obsessed with horses,
but because my best friend
Alison Burnett was.
Alison was from England and even had a bit of an English accent. Her Dad was was in the military and she moved about as much as I did.
I adored her. She was my very best friend.
She had blonde pigtails and so I had brown pig tails.
She taught me everything about horses and
English saddles and posting.
Her passion was infectious and I soon became hooked.
I had Breyer horses everywhere in my bedroom
read Horse books, took riding lessons and begged for a horse everyday.
Finally, our parents split the cost of a $100 pony,
a beautiful raggy Large Blonde Welsh pony that had been chained up in
someones Tampa backyard. Can you imagine? We named the pony “Chief” and we went to the stables every morning at 6am… 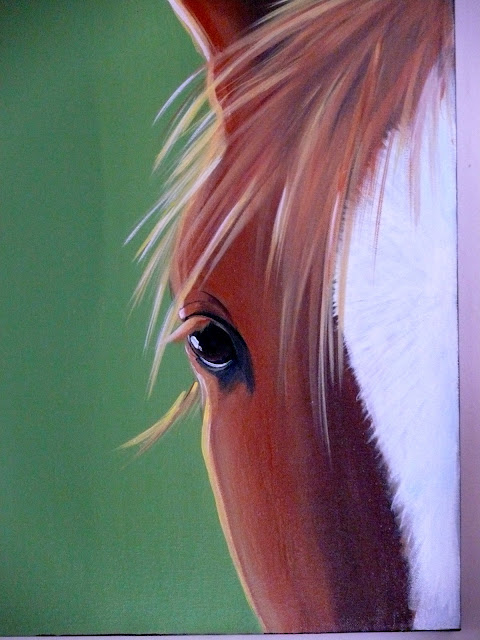 (when I drive the soccer carpool, I remember my Mom or Dad,
getting me up and taking me to ride every morning before school and every evening after homework)
Then the people who ran the stables (Its an office complex now)
had a Welsh Pony come back to the stable that they had
sold and had discovered was being mistreated by the new owners.
Her name was”Gracious”.
She was sweet and she was stubborn and she became mine.
Alison got Chief.
Now we could ride together, side by side, for hours, before and after school.
It was Heaven.

Like I said, Alison’s Dad was in the military and she moved about as much as me.
And at the end of the 6th grade, she moved back to England.
They sold Chief and eventually we sold Gracious…
It was the end of an era.
I LOVED Gracious.

this painting was the first one to sell in my APRIL show…if you are interested in one similar
email me.
addendum:
10/2012

….a few months after this I wrote this post
I got a “like” on my Blog page..from guess who
ALISON BURNETT!!!