Skip to content
— old country house blog —
A few weeks ago,
My 14 year old daughter Phoebe was sick..very sick:  missed a whole week of HIGH school
and did not care –  Sick.
Which is pretty sick.
For the first few days, she mostly slept, but mid-week, as she began to emerge from her
comforter cocoon on the sofa, sip tea and ask for pudding..
she asked me what we had to watch……meaning DVD’s.
Digging through the movies she came upon my Season 2 Disc set 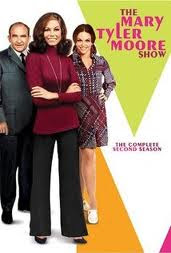 of the Mary Tyler Moore Show
“I know I have Season 1 somewhere!” I said…”and also somewhere in the house
are all 7 seasons on VCR tapes that I religiously collected during a
“MARY-Thon” years back in Boston.”
My best friend Trish and I used shared a deep affection and identification with
Mary Richards…and we used to
to simultaneously drown and wash away all our single sorrows with MARE.
“Put on a Happy Face” aka “The Hair Bump”… 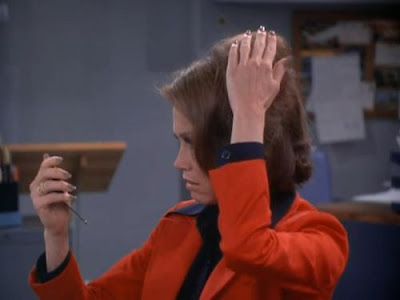 Possibly our favorite episode of all time – (Season 3- episode 23)
made us laugh until we cried…still does.

So, Phoebe and I kept looking for my MTM DVD”S and I finally
resolved that I must have loaned out Season 1.
Desperate times called for desperate measures, Phoebe was getting better fast…so I joined AMAZON PRIME and bought all 7 seasons and by 8am the next morning
we were ready for our very own MARY-THON 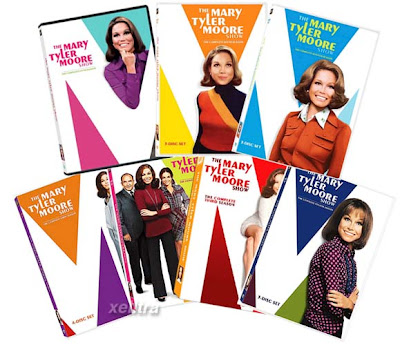 We have made it mid way through Season 5 –
the season….when Rhoda is mysteriously just gone...
…but then Mary heads to NYC for her wedding, (as if we know she is there)
bearing gifts from the whole gang…

Phoebe asked…”How could they just take Rhoda, her best friend, out of the show like that?”

and I reassured her and said… 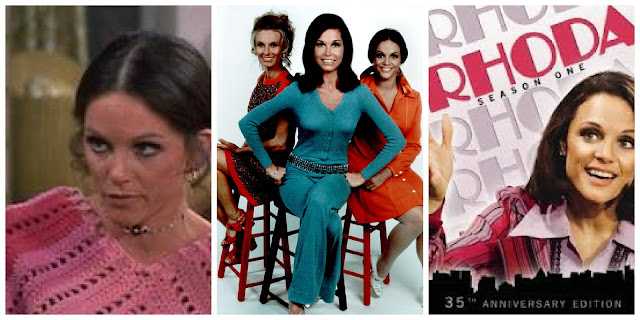 “What you don’t know when you see this now, is that at the same time that
Mary Tyler Moore Show was in its 5th season
and Mary having dinner with Georgette instead of Rhoda…
….we (meaning me) the audience was comforted by the fact that Rhoda had her own show which debuted that year.
In fact,  we could now watch what Rhoda was up to; her marriage,short-lived that it was, to Joe,
AND watch Mary..though, you are right,
Mary and Rhoda on the same screen…was the best.”
In fact, Season 4 was one of my favorites because Rhoda was in so much of it. 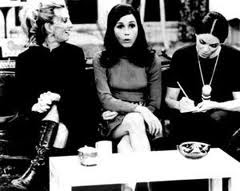 There is no character I did not LOVE on the Mary Tyler Moore show. 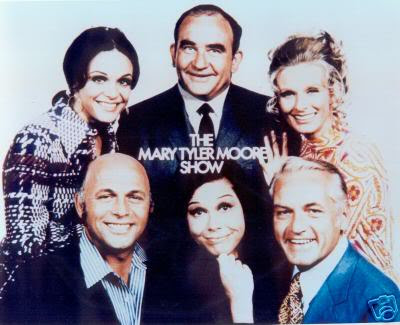 Mary, Lou, Rhoda, Murray, Phyllis and Bess and even Lars (who you never see)
TED (GOD I LOVED TED) 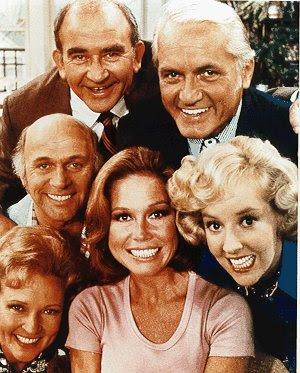 Sue Ann, Georgette…Chuckles the Clown.
And I bet somewhere whole College courses are devoted to dissecting WHOLE episodes
because in my humble opinion… 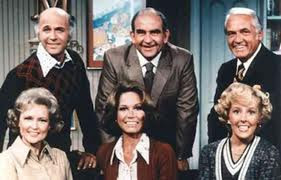 …they GOT IT RIGHT.

who played “Ted Baxter” the anchorman…He is the only cast member who has passed away. 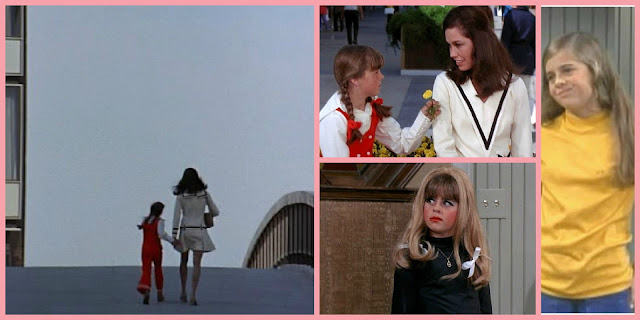 I first watched Mary, laying on our shag carpeted family room floor,
in my Landlubber bell bottoms and my zip up ribbed sweaters…
listening to my Dad belly laugh at Ted…and Lou and Sue Ann…and
I wanted  to be Bess and  have Mary live upstairs… 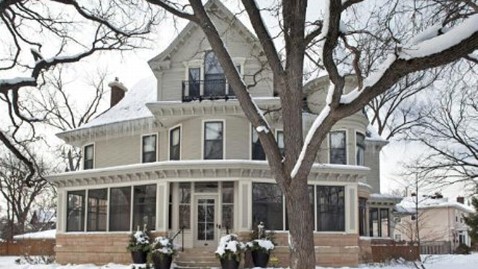 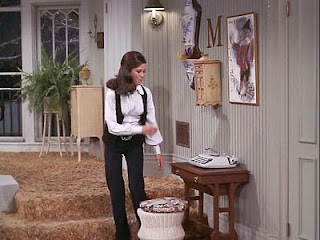 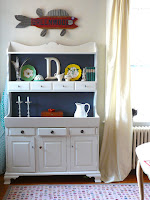 ..and….I could spend at least  week’s worth of blog posts exploring Mary’s wardrobe…

My favorite 3 outfits were :
1.  the Coat from Episode one,
2. the Sailor Dress from the episode where she takes Bess for the day to tell her the facts of life,
3. and her Red Gingham Skirt suit, which she wore multiple times in Season 4 and 5 as well.

This may sound silly, but I used to think,
“If I have a daughter…I will put her in smocked dresses,
teach her manners and to sew,
….give her first “Harriet the Spy”, then “To Kill a Mockingbird”…
take her to NYC at least once a year… 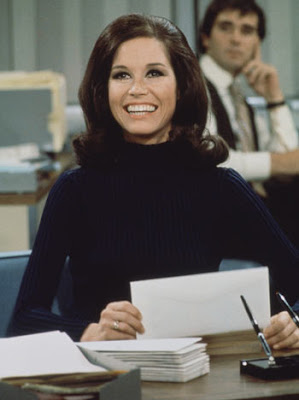 and introduce her to

I count sharing this show with Phoebe among one of my most treasured Mother/Daughter experiences.

There are just so many things about me and my life, Phoebe will never know… 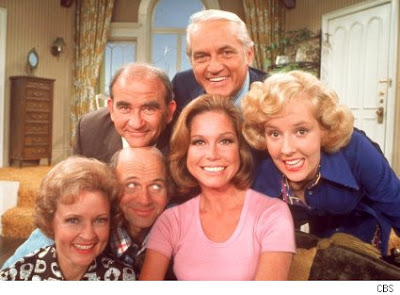 ….she was born pretty far into it….but Mary gives her at least a fictionalized glimpse
into that world… 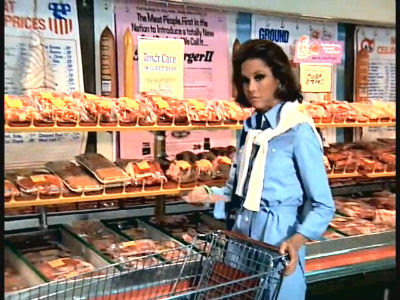 and he and I cried together at the last episode…
she gets it now. 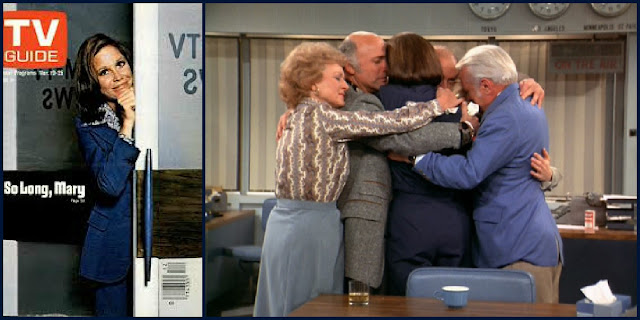 The beautiful thing is that Phoebe LOVES Mary…and the whole gang.
It will forever be OUR thing…no matter where she is…
We have Mary. 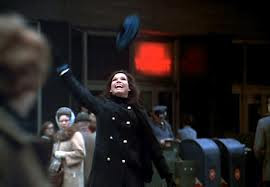 We’re gonna make it after all!
XO

12 thoughts on “MARY TYLER MOORE AND ME AGAIN”