A long time ago…. LONG before I had my old country house, or a place to blog about it, long before I had a front porch…. I heard that it was good luck to paint the underside of your front porch light blue.

I was not sure WHY or HOW a color could bring you good luck …..but I used to LOVE to be driving along and see it in action,

“HEY! There’s one of those light blue good-luck front porches!” 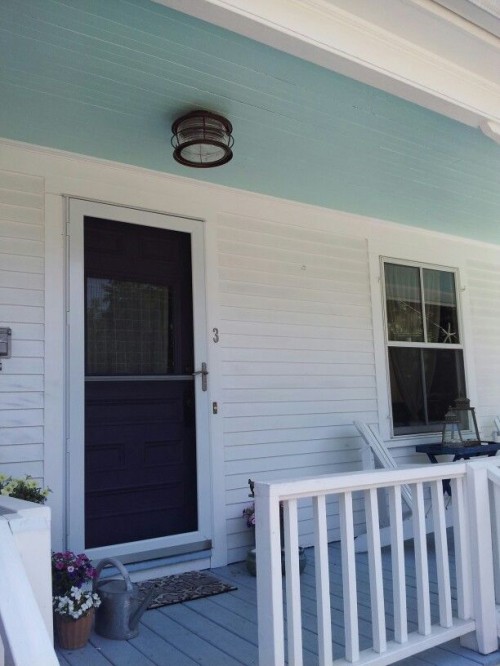 AS often happens in my cart before the horse world, there IS actually a name for the light blue front porches…and in fact MANY little legends about why we do the blue.

The BLUE PAINT is actually called

Apparently before you or I or even our parents and probably their great grandparents existed…centuries ago, in AFRICA, CERTAIN tribes believed that painting the underside of your porch blue would ward off the bad spirits…which were called “HAINTS”. OVER TIME… AND AS  slaves were brought to this country, and migrated around the United states… the blue porches began to appear, especially in the SOUTH. 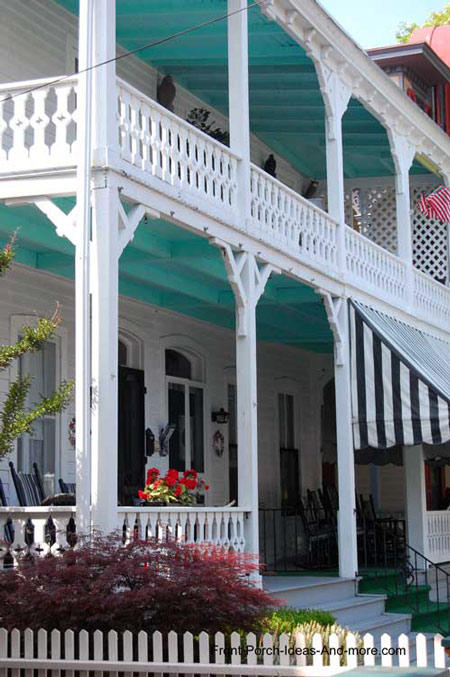 OF huge interest to me in my  BLUE PAINT COLOR obsessed world  – is that the paints were made from natural pigments which varied from place to place so naturally, geographically speaking…..the BLUE itself varied….sometimes it would be an AQUA BLUE…other places a more PERIWINKLE…

…according to one article I read, the Northwestern states tend to lean toward a more periwinkle blue…like the crispyness of a fall morning….while the Southern states are more aqua blue…like underwater blue…. 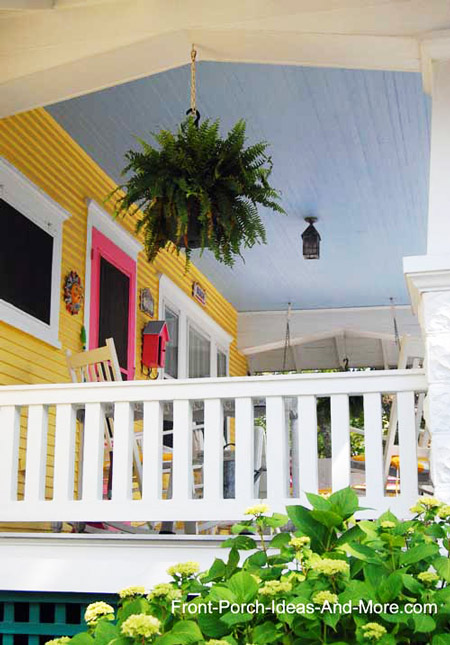 “Haint blue ranges from blue-green to blue-violet but is meant to look like water to fool “spirits” because, as the story goes, they can’t cross over water.

Using HAINT blue on doors, shutters, window trim, ceilings, the whole damn building, can confuse spirits and discourage them from “crossing” into your house”.

We have tried a few different blues on the underside of our porch. It should come as no surprise that I lean toward the more greeny-aqua blues…..I love this one I found on Pinterest..but could not find the source…linky linky linky!!!!

ANOTHER theory, in which I do not believe because it does not seem to work on OUR porch is that Birds and Insects think the blue IS the sky and thus avoid putting their hives and webs and nests in the BLUE SKY PORCH…but our bIrds AND BEES at least are a little too smart for this theory and have made themselves right at home.

I am halfway finished putting a fresh coat of BENJAMIN MOORE ‘BIRD’S EGG” ON our porch…I do it, because it is pretty and makes me smile…and in does look like the sky and sometimes, at just the right time of day in just the right weather, and at just the exact right angle….the porch and the sky are the exact same color…and it is a thing of beauty. 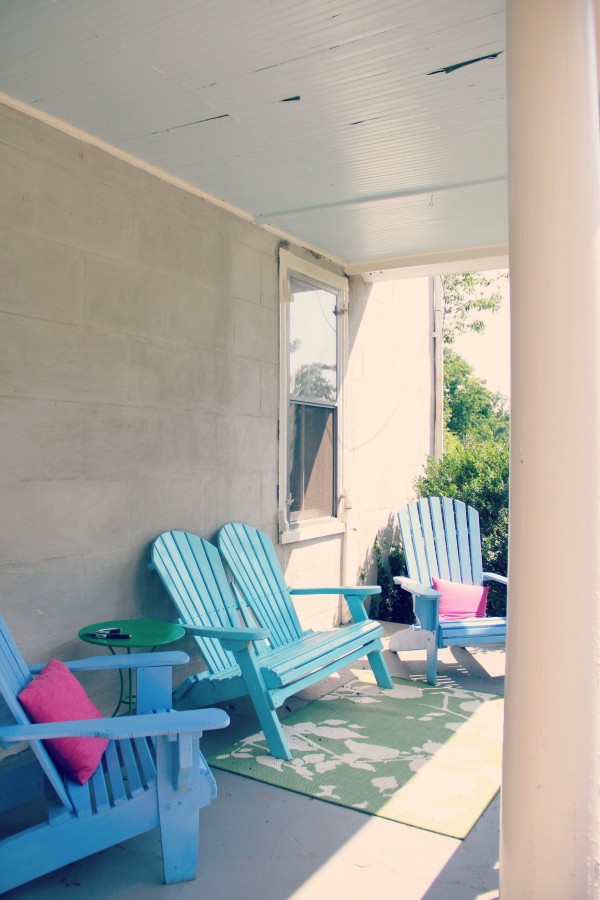