We have 3 dogs. Muffin and 11 year old Wheaten Terrier, Charlie, a 6 year old lab/border collie mix, and Bean – the 1 year old handful of a Beagle pup.

The three live harmoniously. Bean runs away whenever he can … and chews my bras and retainers…but generally they eat, sleep and play together like a nice little pack.

Charlie and Bean pretty much hunker down, hang close to us and chill. But Muffin is an absolute mess. She starts her barking (truly it is the only time she makes a sound!) about an hour before the storm gets to us…and if not crated or kept inside she will run laps around the house barking for the duration of the storm. As she has gotten older I notice that she is a bit “limpy” the next day…as if it is hard to get out of bed after a big workout. 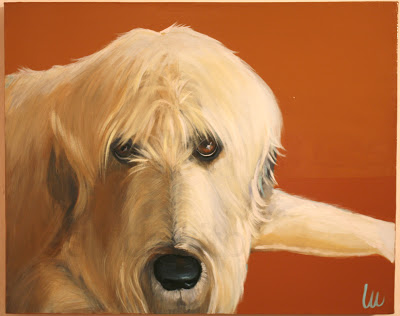 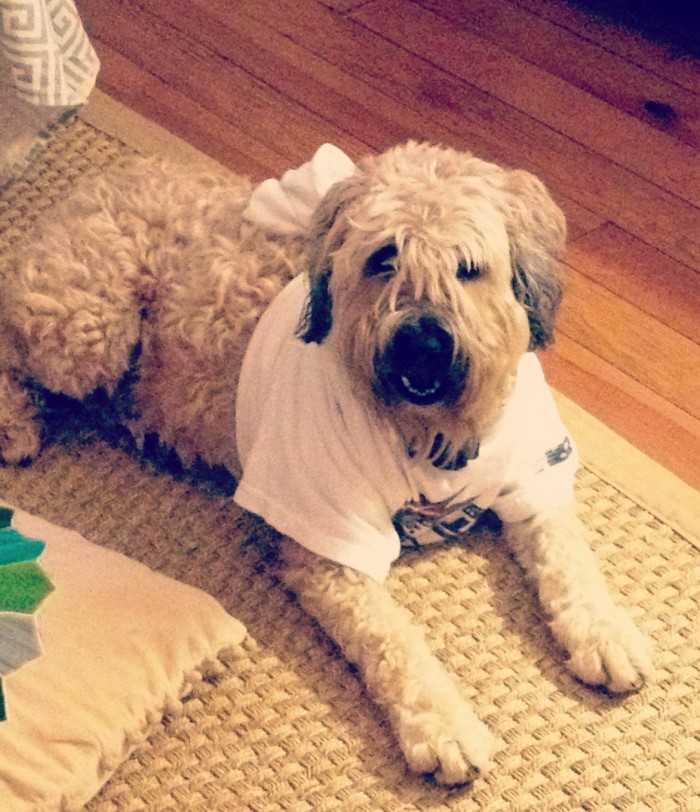 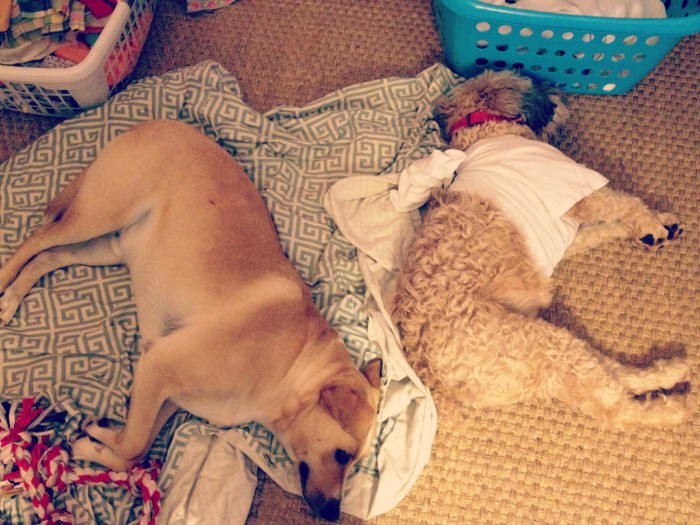 5 thoughts on “SUMMER THUNDERSTORMS, FIREWORKS AND THE DIY THUNDER SHIRT”