ANNIVERSARIES and the Mayor of Greenwood. – My Old Country House
Skip to content
— old country house blog —
HAPPY ANNIVERSARY to us!
On November 5
Damon and I celebrated our
18th wedding anniversary
18 years! whoa Nellie!
(My daughter said “Hey Mom…if your marriage was a person, they would be able to VOTE!”)
My sweet husband in addition to a very sweet card and beautiful flowers,
treated me to some delicious
Stella and Dot Treats..
(CONVENIENTLY  left on my Wish list!)
My gift to Damon, who is THE HARDEST person on
earth to give a gift to,
was A painting
I did of our first “baby”
“PARKER”.
HE LOVED IT! 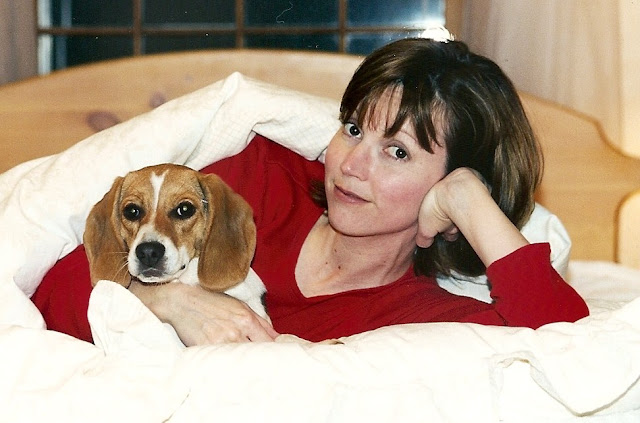 The painting will be here for a few days and then Damon is taking it to his office.
…in the meantime…I have to share with you the funniest emailI just got about our
dog
“Dash”.
Parker was  a tough act to follow and I was knee deep in babies
so we comforted our need for furry friends with
“Fluffy the cat” and held off on getting another dog until
finally, the Christmas after we moved here
in 2004, the kids and I  took a trip to the SPCA.
You know…JUST to LOOK!
And we brought home
“DASH”. 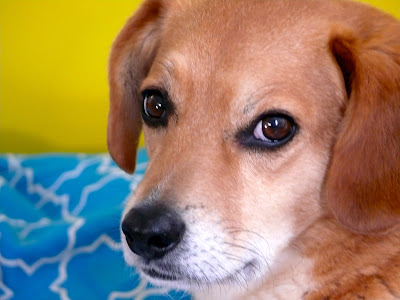 Aptly Named, Dash is super fast…we have clocked him chasing our car at 25mph
and we watched in horror, one month after we got him,  as he was hit by a truck speeding down our street. Certain I would be burying another dog…he emerged…TOTALLY intact, not a scratch, No broken bones……
but since that day…he runs, full speed…using only 3 legs…it really is incredible!
While he lives WITH us…he belongs to no one…
He is, in fact….the Neighborhood dog.
This assumption on our part was confirmed when delivering invitations
to a Holiday Open house, we discovered that …
in addition to having a bowl at most houses on the street…
he also has different names…
“Buddy”, “Sport”, “the Mayor”…
He is like the dog in “Lady and The Tramp”…
”hey Brownie how about a snack” …..”hey Luigi have some pasta”
I have been sent photos of him sleeping on beds and laying on sofas…

and today my neighbor, visiting her Mom down the street,
sent me these photos…
…with the caption.. 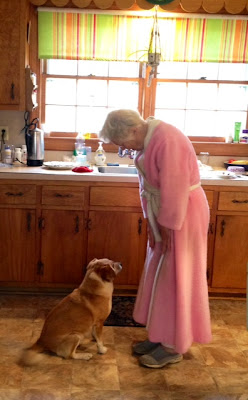 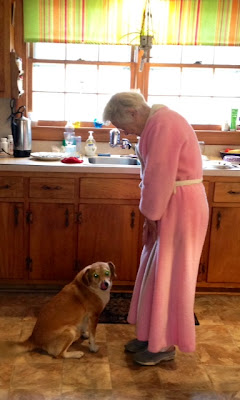 5 thoughts on “ANNIVERSARIES and the Mayor of Greenwood.”