AVOCADO FAREWELL -GUESS WHOS COMING TO DINNER – My Old Country House
Skip to content
— old country house blog —
Today we bid farewell to an old friend…
who has served us well, and the family before us…
for 45 years… 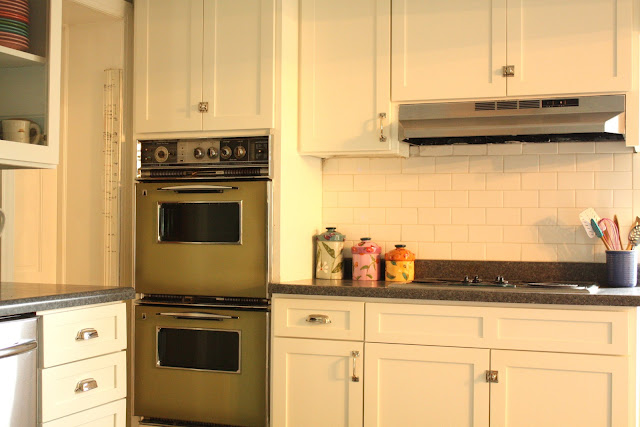 I saved my pennies and dollars and gave my husband (and all of us) a new oven for Christmas! 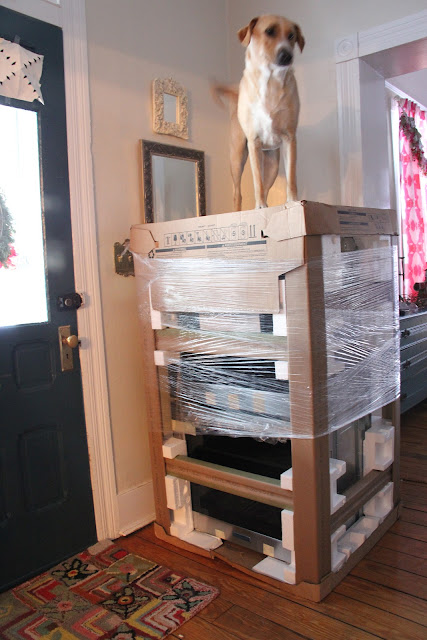 Yes, that is Charlie on top of the box!

A new oven has been my dream for years, but there were just too many things
ahead in line. Finally, last year, in an attempt to clean the larger top oven, but instead
melted the heating mechanism—which is a tad difficult to replace…the Oven cut the cue and moved to the head of the line…well behind the ceilings and the new roof.
I wanted to replace the oven with an oven that might potentially last another 45 years and thus…cost a bit more…but in the end…is going to be well worth the wait. 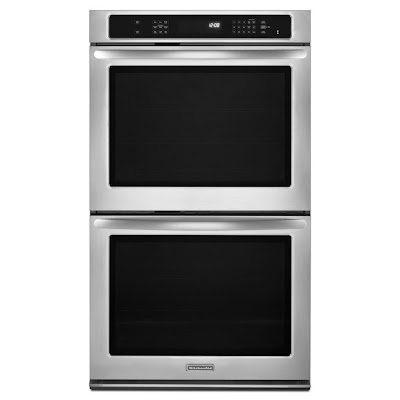 It was a good feeling to do this on my own. I bought the oven at Lowes where they are having a 10% off appliance sale and they honored the lowest price I found online, saving me over $500. In addition, I got a Lowes card, paid for the oven, saving me an additional 5% and then right there at the check out counter…paid the Lowes card off in full..
NO WAY I am paying the interest!
The oven is being installed this morning!!! I will add photos later of the new oven…GOD willing
everything goes well…
ADDENDUM:
MONDAY 12/31
All did not go well. First, on Saturday, it began to snow and my electrician was unable to come to install the oven. But, fortunately, he rescheduled to come this AM and I was waiting for him this morning at 9:30 on the dot.
He and his Father in Law arrived, and easy as pie….they removed the old dinosaur of an oven..
…and then discovered…that the NEW oven is 5/8″ too big.
5/8…one half of an inch and one eighth…
The oven was unable to be installed without carpentry…
I cried and contemplated running away…
Some times this house is just too much to take.
Holes in the ceiling. Broken windows. Disgusting bathrooms.
I put every ounce of my energy into making the best of it…
I really do…but this set back really bummed me out.
they are coming back Saturday to install the oven…we shall see.