BLOGHER 2012 – AND DANCING WITH THE STARS! – My Old Country House
Skip to content
— old country house blog —
OKAY, enough is enough already!!!
I arrived in NYC two weeks ago today for
the BLOGHER
conference…
and it is HIGH time I TAKE A STAB AT GIVING
you  A RUN DOWN
of MY experience.
After a day of CITY playing… 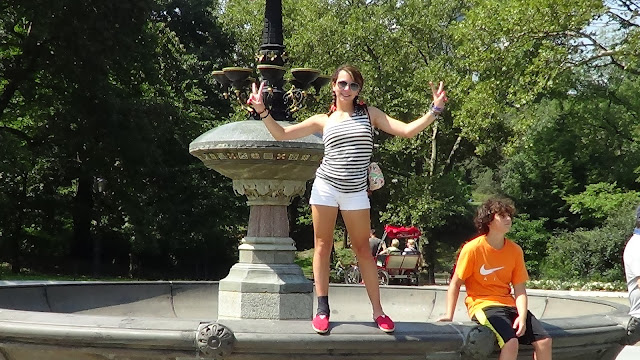 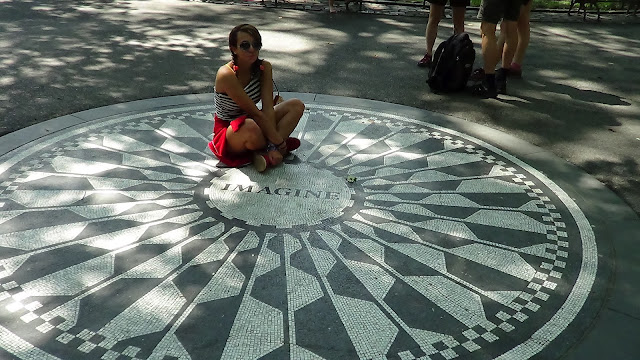 my husband and the kids departed the city mid day Thursday and
I decided to go to the Hilton and get my conference goodies, register and make sure everything was in order.
It felt strange without the kids there, tagging along, not bad strange…just strange..like I forgot something.
Over the weekend I began to get my single City girl SEA LEGS back,
but at first it was a bit disorienting.
As I was walking to the escalator I spied RHODA of
Southern Hospitality Blog and before I could stop myself to remember that she does not know me…
from EVE…
I called out “Rhoda”!!!
She turned around…
maybe she thought she was supposed to know me,
maybe she was afraid of me…
who knows…
….but the ice was broken and we proceeded to carry on like old friends,
and have a lovely chat and by the time we wrapped up our conversation,
I felt like if the whole weekend proceeded and I met no one else,
I had at least made one nice connection. 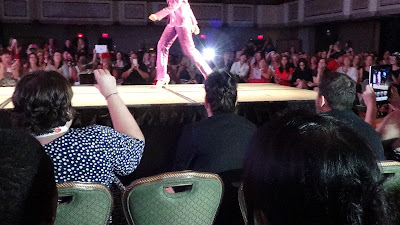 She insisted I look for her all weekend
and she kept her word…
to look out for me, and each time she said
“Hi Lesli!!” like we were old chums.
I am so bad with names I am always in awe when people remember mine.
It meant the world to me. And it made me feel so comfortable
in a potentially overwhelming environment.
Dinners both nights were catch up sessions with DEAR DEAR College friends,
Lots of tears and stories of cats and kids and lost parents, getting older and future plans.
I felt as if my battery were recharged and that I could take on the world!!!
There is NOTHING like an old friend who knew you when you were just a kid! 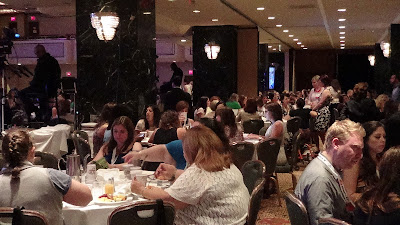 ON Friday morning (MY DAD’S BIRTHDAY)
when the festivities (for me anyway) began,
LIKE FRESHMAN ORIENTATION…
INTRODUCTIONS TOOK PLACE
AND
They had us gather in two circles, two GIANT circles facing each other.
The deal was, you would speak to the person across from you, say “Hi” exchange a business card or two, talk about WHAT brought you to Blogher, where you were from… whatever,
and then a few minutes later ….move onto the next person.
It was called “Speed Dating”
It felt as strange as it sounds. But hey, I was up for any way to break to ICE
so around the circle I went.
When they called
“Times’ Up!” I had one more person to speak with.
I saw her business card and recognized it immediately
AS the ONLY person I HAD actually touched base with,
just the day before!
It was
JESS of “Curating Style” blog.
What are the chances.!!!
..in all those thousands people in that Giant room…that Jess would be my “Next” person.
Needless to say, Jess became my buddy for most of the conference…and even after the conference ended we continued
to spend much of Sunday together before my train and her plane left.
She is a friend for life I am certain.
On Friday, Martha Stewart (also a Birthday Girl)
was the Key Note Speaker
( I missed The Presidents Greeting)
and I officially take back all those times
I got a touch offended when people have said
“You are such a Martha Stewart!”
SHE IS AMAZING…such a class act and a survivor
and even if she is not YOUR thing, there is NO denying
that the lady is a GENIUS when it comes to business!!! 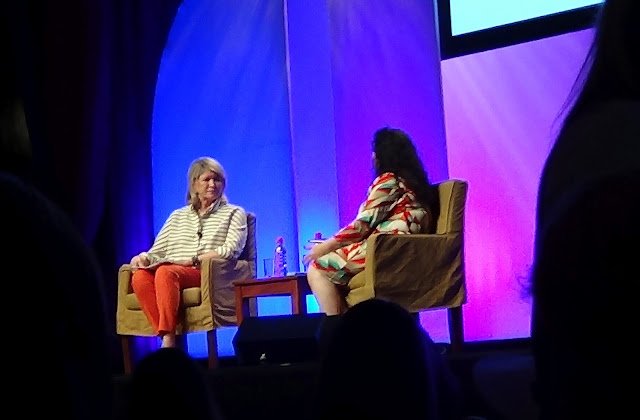 If I were about 30 years younger I would be one of those Interns she spoke of..who work for free just to rub elbows with Martha and learn from the master…
The Conference Sessions were lackluster, either too over crowded and inaccessible or really boring or full of people crying and just not my thing.
So long story short…I attended ONE.
In the meantime, I made good use of my time networking, speaking with the vendors, ‘learning about the products I use every day…meeting really neat (AND CUTE) people and getting lots of free stuff! 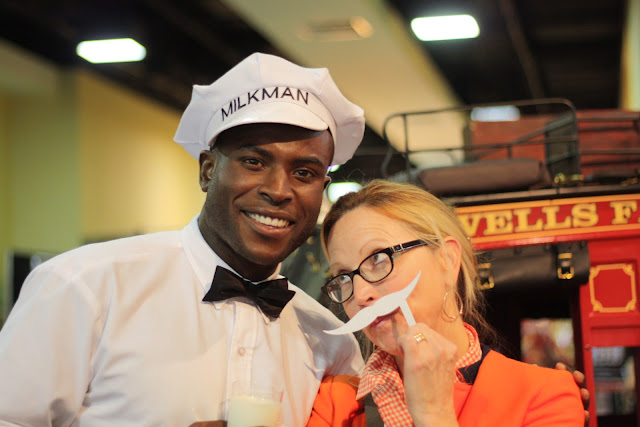 I decided to stick around and hear the voices of the year.
This was an award given to 100 outstanding blog posts, submitted by their authors
or  admirers of the authors work…which were selected from over 1000 entries.
THEN, 15 OF THOSE 100 BLOGGERS READ THEIR POSTS.
When I went to find a seat, I plopped down at a table occupied by a couple of youngUns who were pretty wrapped up in catching up and complaining about their jobs. all good, but I found myself thinking….
” I am going to move.”
But always the geek, I had to pretend as if I saw a friend across the room,
wave and smile and mouth
“Hi I am coming over!”
to an invisible person and then politely
excuse myself from the table…
where I am fairly certain they still have not noticed that I left.
Unfortunately by this time, the room was packed and  there were very few empty seats,
Finally, I spotted ONE seat at a table full of laughing chatting women
and asked if the seat was taken? 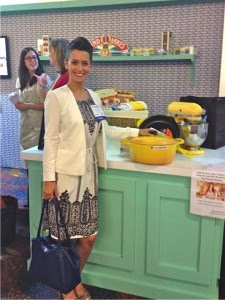 A beautiful woman with a lovely accent said “Not at all, please sit.”
She then immediately handed me her card and extended her hand for mine in return.
When I gave her mine she looked at it and screeched and said
“OH my Gosh!!! I LOVE YOUR BLOG!!! I follow you..look!”
…and opened her ipad to show me right there on her facebook page!
My second new friend for life!!!
ARTIST AND SURFACE DESIGNER
NINA DARYANANI
of “Lady Sippington”
and I whispered and talked as if the world were ending and we needed to get completely caught up…
off and on for two hours all while we listened to the
Voices of the YEAR
and laughed and cried and shared this amazing experience.
By now, I was beginning to think that my Mom had a hand in this, looking down from heaven and making sure that I was going to get the most out of my first “business” trip ever without kids.
Saturday morning…
I met with Jess and her Boss and we listened to that days key Note Speaker
Katie Couric.
My kind of Gal. 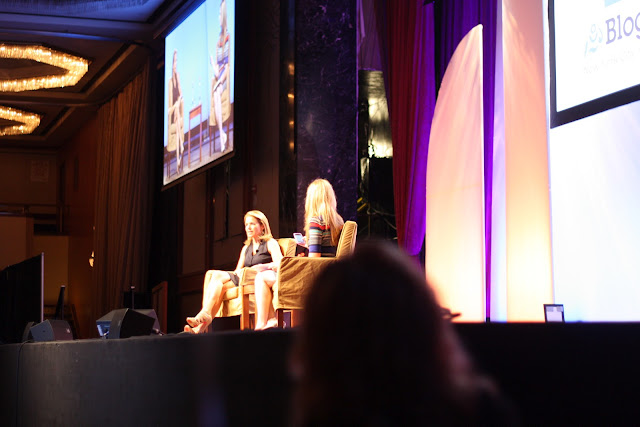 I loved her, her candor was refreshing and her spirit filled the room with energy and I and think we could be best friends, we have so much in common, but for now I will focus on my painting.
I felt as if the interviewer kept trying to get her to be kind of catty, but katie would not budge, she stayed true to her honest clean play and inspired us all to be the best we can be, not to fall vistim to the “VICTIM” mentality.
Jess continued to impress me with her “up for anything” attitude
and after Katie wrapped things up…a small group of us went over to Rockefeller center on a break, just to get OUTSIDE!
We were just passing Radio City Music hall when I noticed… 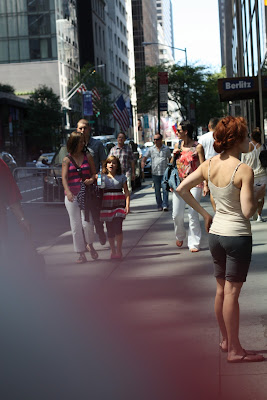 these tiny young people smoking just outside the stage door and realized that their painted faces meant that they were probably performers from Circe Du Soleil during Intermission! I LOVE New York!

Back at the Conference, everyone went their various ways and 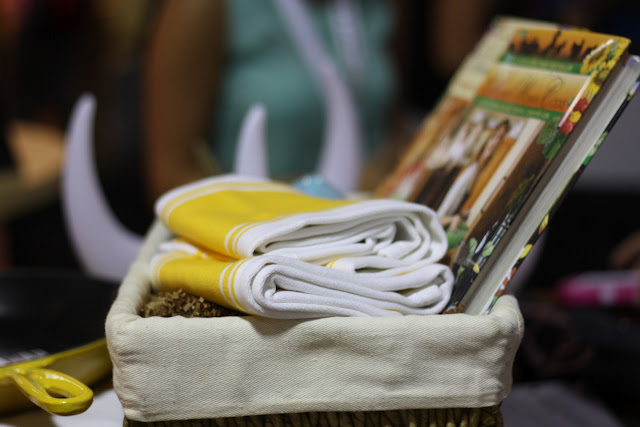 Jess and her Boss decided that a person
I HAD TO MEET was Ree Drummond of The Pioneer Woman fame
She was scheduled to make an afternoon appearance…so, like teens outside a NEW Direction concert,
Jess and I situated ourselves, groupie style,
right next to the Land of Lakes booth and readied ourselves for a meeting.
I did meet her and I might have broken a few of her ribs hugging her
still,  she told me I was “beautiful” …. 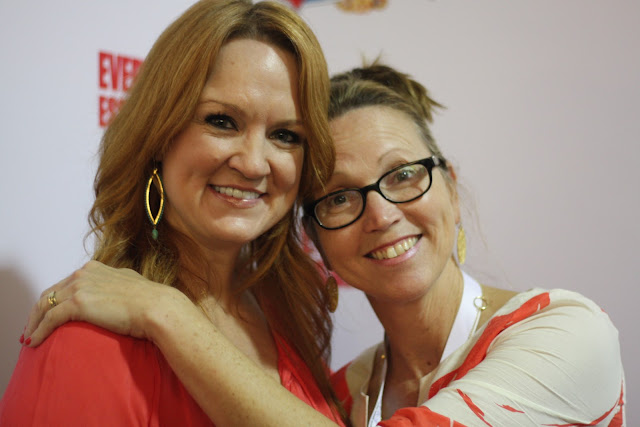 so pretty much she is my new BFF.
No, but seriously, seeing and meeting all of these people was like
ONE OF THOSE DREAMS
where you run inTO all parts of yourself…
The Martha Stewart me,
and the Katie Couric me,
the YOUNG Jess me and
the the Lady Sippington me,
the Rhoda me
and the Ree me
and even the EMILY (winner of design star) ME!!!! 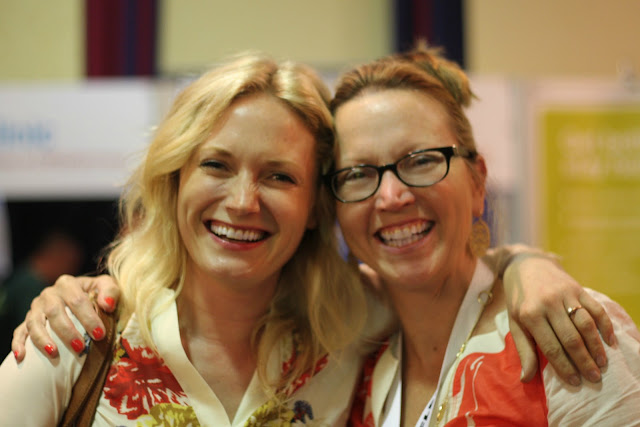 I felt so connected with all of them.
I felt like the conference was meerly a backdrop, like a blank canvas upon which I painted my own personal experience unique to me…and exactly what I needed it to be. I began to see the WHOLE conferece like a MENU, where there was no way nor intention for you to eat everything but merely the OPPORTUNITY for anything to happen.
I LEFT feeling LIKE The world is my oyster
and that I just have to keep doing what I do best…
BEING ME.
It was LIFE AFFIRMING.
IT WAS INVIGORATING AND HAPPY MAKING.
IT WAS WONDERFUL.
AND IT WAS 100% about the connections I made
…all things I could never have planned but THEY
required me to be OPEN and willing to let it all unfold.
Both Friday and Saturday nights ended the same…
with me dancing for hours and hours in the center OF the dance floor,
happy as a clam…in my own little happy place!
Saturday, we pulled an impromptu little hOdge podge group together spontaneously
at the fashion show…
survivors ALL of the conference,
and no two alike.
and we danced and danced and danced…
I LOVE TO DANCE! 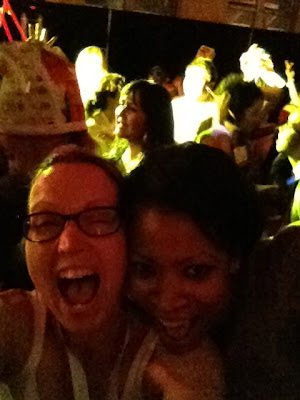 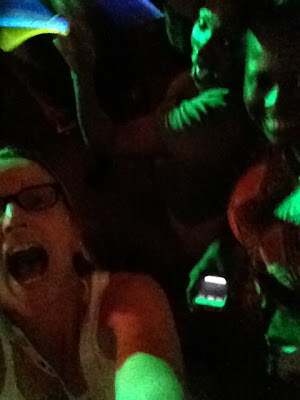 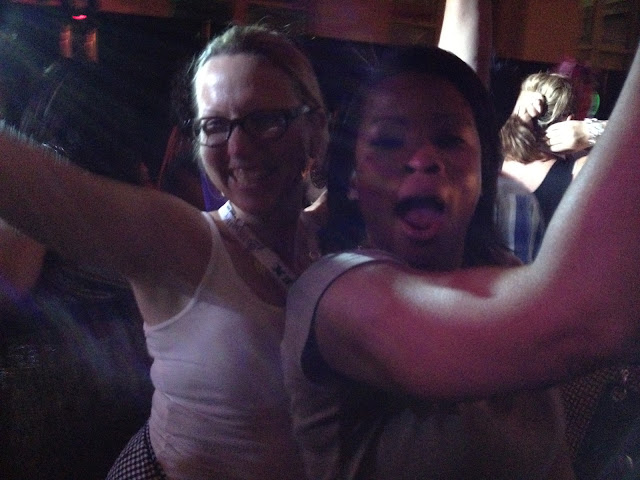 and I am sure there are more photos floating out there somewhere!!!

So will I try to go next year…
TO CHICAGO?
YOU BET.
and I plan to speak! maybe even have a booth!
The sky is the limit!!!
I am so happy I went! 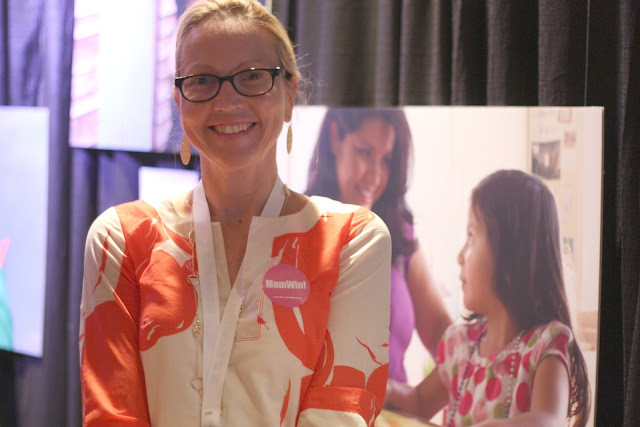