TALK ABOUT A LOT OF DOG IN ONE TINY PACKAGE!!

THIS LITTLE GUY IS IN DOG HEAVEN BUT LEFT QUITE AN IMPACT ON EARTH.

“Sumo was a fearless adventurer and a character much larger than his pint-sized body. For the last five of his 13 years he lived and traveled in an RV with me and my husband. His favorite thing to do was anything we were doing. We took him on countless bike rides in his trailer, his backpack, a basket, and even a small cooler. He took river trips in canoes, kayaks, tubes and paddleboards donning his tiny life vest. He even took to the air joining us on several flights. Sumo made everyone smile and challenged all the small dog stereotypes. Sumo probably lived more in his short 13 years than most humans do in their lifetime.

Sumo was blind and very much like Mr. Magoo, ending up in precarious locations and situations
completely oblivious. He was really curious and relied on his sense of smell for so much. If we took
our eyes off of him for a few seconds he was off somewhere smelling and getting into something he
didn’t need to. We lovingly came to refer to this as “magoo-ing around.” If he wasn’t in my lap and
you didn’t see him at your feet, he was off magoo-ing around somewhere.
He may have been a small dog, but he has left a huge hole in our hearts! 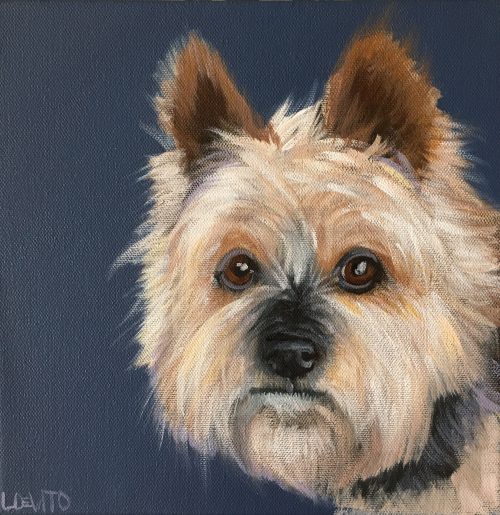 SUMO YOU ARE MISSED DEARLY.