We are HERE! The HAVEN CONFERENCE BEGINS!!! – My Old Country House
Skip to content
— old country house blog —
WE’RE HERE!
After an uneventful 8 hour drive
(the first long trip in my New-ish car) 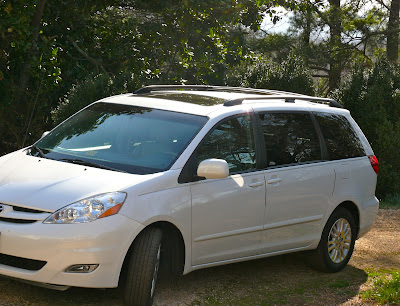 we arrived (I brought Cooper and Phoebe to see their cousins)
at the hotel in Atlanta which is hosting the Haven conference
at 5pm on the dot.
There was plenty of time to check in, 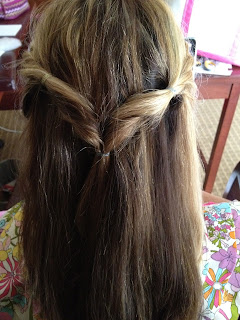 shower change and have Phoebe do a cute hair doo on me.

The opening night cocktail party… sponsored by Frog Tape and Oreck
began at 6:30 and I got down there around 7pm. 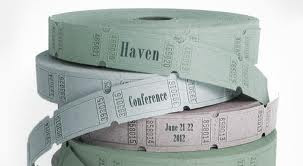 On the way down in the elevator, I began to get
nervous.
Party Jitters.
I was wishing I had my friend Audi with me,
who enviably always seems comfortable…in any crowd.
And not only that, she has this way of making
other people feel comfortable as well.
It is a TRUE gift.
I knew if she were with me, she would break the ice
and make friends with everyone in the room
by the time the party wrapped up. 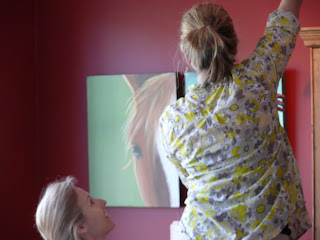 Instead, I just had little old me…and my “new kid” anxiety…
residual baggage from changing schools every 3 years as a kid…
….began to creep up
..making my knees a bit weak 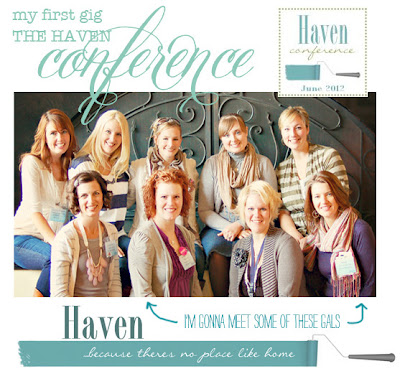 on my way inot the Party room…
I remembered that I had my business cards
shipped directly to the hotel desk,
last minute of course,
and so I took a u turn at the elevator to go grab them.
At the desk I saw a refreshingly familiar face, well two actually,
John from “Young House Love” with sweet  Clara in his arms.
They could have been drafting in my wake…as Blog lands favorite
young family
had also just arrived from Virginia.
I told him Cooper would be thrilled when he heard Burger had accompanied them. 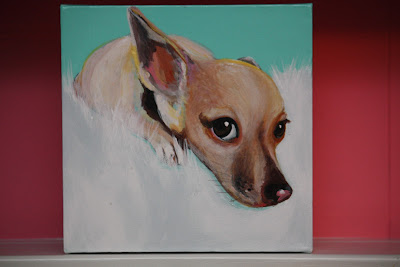 Apparently Burger has quite the following himself in the teen boy crowd…
the watch him on youtube all the time!!!!

Anyway, back to the party….
I wandered back…got my name tag and my GIANT goodie bag
and immediately cashed in my “free drink” ticket.
Glass of pink Zinfadel in hand,
I  began to work the room…taking a deep breath, putting on a big smile and saying “hi” to strangers
and asking
“Whats your blog?”
In one circle there were women from each corner of the United States
and I found myself thinking…how amazing that we have all come together
and who knows the possibilities of all that we will share.
I saw Jennifer Carroll who was like see long lost family…I was so relieved to see another familiar face!
She is such a beautiful person inside and out.
Eventually I zoomed in on two women whose names I cannot remember but with whom I laughed and gabbed with for almost a full hour about everything…they called themselves “the help”, they were not bloggers, but instead are there to represent on of the sponsors. They were
great…easy and I hope to see them again tomorrow.

While I was speaking to them, I spied another semi-familar blogger face across the room,
a woman whose blog I have guest hosted and who has promoted my blog on a few occasions.
She was lovely, but in truth…did not appear to remember me from Adam..
the conversation had way too many dead silences for me..
.and again, I was wishing for Audi.
Bottom line, there are many things I am good at, …but making party chit chat is not one of them.
I end up feeling incredibly self conscious and awkward.
And this is EXACTLY why I came to this Conference.
Yes, I want to network and learn about wonderful blog related things…but
It is time I got beyond this.
Almost everyone in that room probably felt a bit awkward
…and wished they had a better ice breaker
or a friend like Audi.
I am proud of myself that I went outside of my comfort zone ,
without my ART or my kids as props…
just little old me. 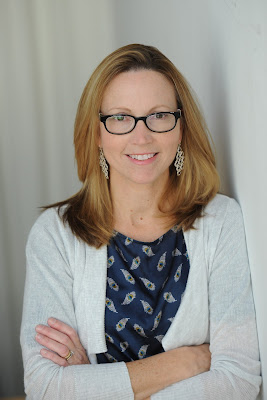 The fun really gets going tomorrow.
I am going to make some more
new friends and I might even remember their names!!!
XO

4 thoughts on “We are HERE! The HAVEN CONFERENCE BEGINS!!!”