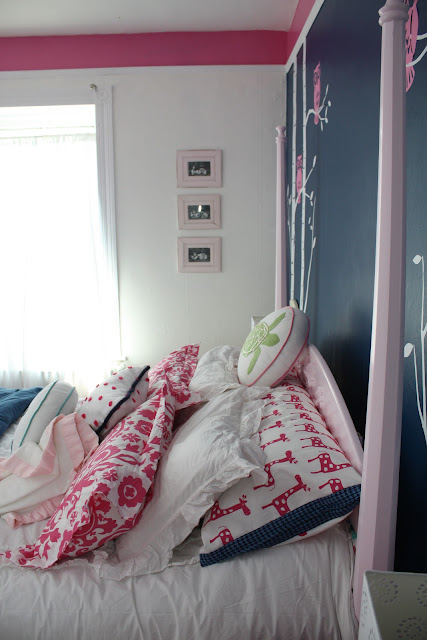 …when I was in Nursing school, we actually had a class on making a bed.
And making a bed with a person IN the bed!
I kid you not! I wonder if they still have to do that.

Phoebe’s Bedroom Makeover
Chapter 2- The Bed
Lets talk about the bed.
I decided to go with mostly WHITE Bedding for a couple reasons.
1. Phoebe is messy. which brings me to…
2. White can all be washed over and over again, and won’t fade or look dingy.
3.Phoebe is all about color,
and I knew that once SHE entered her room with all of her colorful STUFF that there was the potential for an overwhelmingly busy look. And we did NOT want that.
and finally…
4.. White has staying power, it is versatile, no matter what your decor.
in fact, We had the white coverlet and shams from before.
All of the white items except the bedskirt (lilly Pulitzer for Garnet Hill)
are from the Rachel Ashwell Shabby Chic line at Target. Nice basic stuff, priced reasonably.

We added the Rachel Ashwell Heirloom white ruffled comforter that came the matching shams.
And for her birthday , her grandparents gave her the Navy Crinkle Puff Quilt from PBTEEN.

she had sheets, loads of them, so we were set.
So that was our base.Bed Made. Sans Person.
Now for Pretty Pillows!

The first two I made are actually shams, made in a sheeting version of the same upholstery weight fabric that I will use for the chair…one day. I have found, that with kids, it is silly to have pillows and shams on their beds that are too “nice” or too stiff for them to lay their sweet heads on.
So this 100% cotton sheeting is perfect, basically a pillow case. 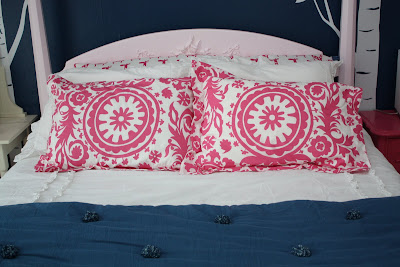 I just made an envelope closure on the back…easy peasy easy..
I will be putting instructions on my DIY section. for now, this is a great site for instructions…
here 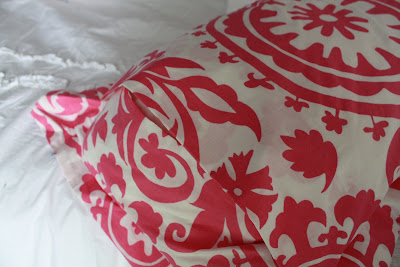 …then I made her, a huge body pillow cover, with giraffes on one side, elephants on the other… 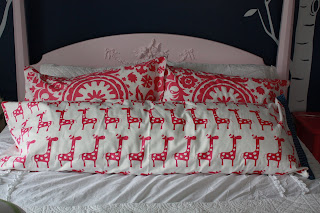 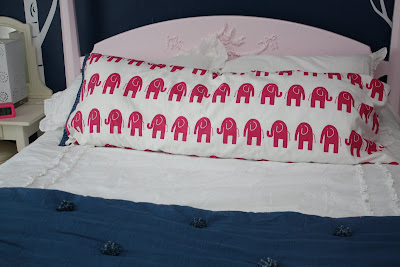 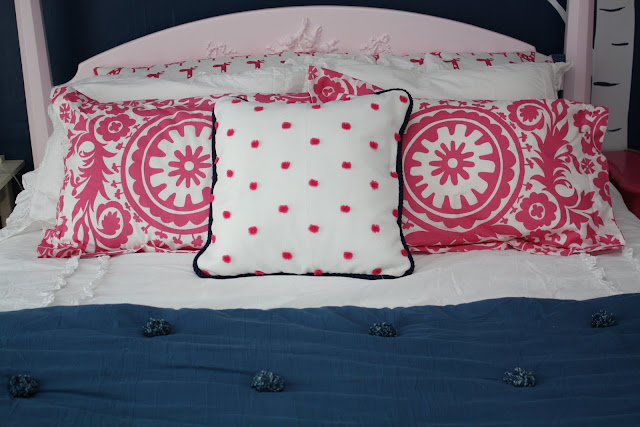 …and then, I love this sweet white fabric with little pink puffs on it, I piped it in navy cord. and also added a back envelope closure… 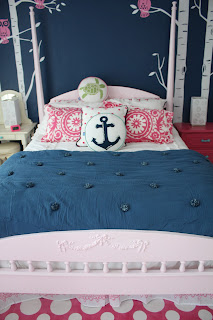 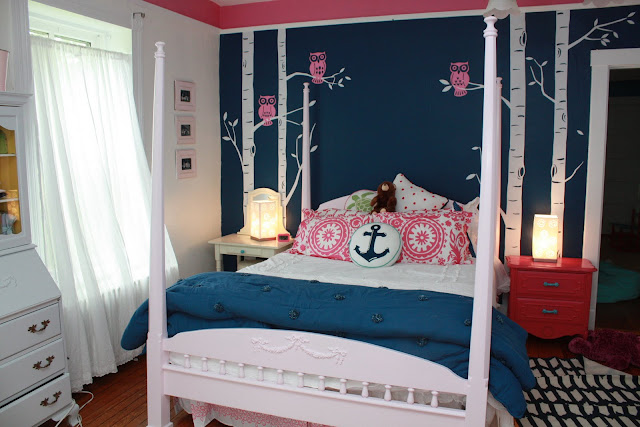 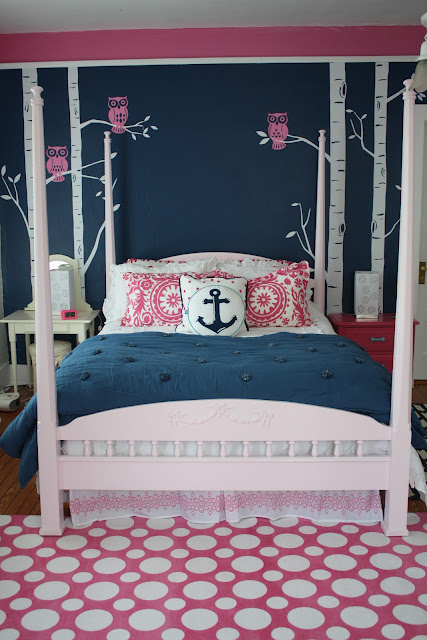 …and her beautiful bed is done!..and made…for now…
and look what arrived today! The rug!! 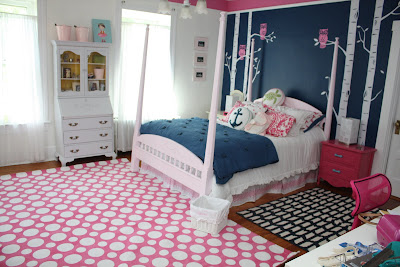 LAST stop window treatments… !
tomorrow!
FYI-
My friend Lindsay, who has an awesome blog called…
Lindsay’s List, did a feature article on me!
http://lindsayslist.org/2011/05/country-stron/

Her blog is awesome, you have to check it out!