“At age 26, following the death of her mother, divorce, and a run of reckless behavior, Cheryl Strayed found herself alone near the foot of the Pacific Crest Trail–inexperienced, over-equipped, and desperate to reclaim her life. Wild tracks Strayed’s personal journey on the PCT through California and Oregon, as she comes to terms with devastating loss and her unpredictable reactions to it….”

I saw a preview for the movie “WILD” and decided that I MUST read the book first. I went onto

UP popped one OF those..”if you liked THAT BOOK…you will definitely like “THIS BOOK” prompts…. so I added another Cheryl Strayed book to my cart….and the  another book….the process repeated itself…again and again…until I was up to 10 books in my AMAZON cart!!!

“In her debut novel, Torch, bestselling author Cheryl Strayed weaves a searing and luminous tale of a family’s grief after unexpected loss. “Work hard. Do good. Be incredible!” is the advice Teresa Rae Wood shares with the listeners of her local radio show, Modern Pioneers, and the advice she strives to live by every day. She has fled a bad marriage and rebuilta life with her children, Claire and Joshua, and their caring stepfather, Bruce.”

THE FIRST BOOK I READ WAS “THE PECAN MAN”..PARTLY AS THE SKINNIEST BOOK…IT WAS A CONFIDENCE BUILDER ..BUT ALSO BECAUSE THE HOUSE ON THE COVER REMINDED ME OF MY HOUSE!!!..AND IT DID NOT DISAPPOINT..

“The Pecan Man is a work of Southern fiction whose first chapter was the First Place winner of the 2006 CNW/FFWA Florida State Writing Competition in the Unpublished Novel category. In the summer of 1976, recently widowed and childless, Ora Lee Beckworth hires a homeless old black man to mow her lawn. The neighborhood children call him the Pee-can Man; their mothers call them inside whenever he appears.”

I FELL IN LOVE WITH ANNE LAMOTT YEARS AGO WHEN I READ HER MEMOIR, “OPERATING INSTRUCTIONS” THE JOURNAL OF HER SONS FIRST YEAR….

“It’s not like she’s the only woman to ever have a baby. At thirty-five. On her own. But Anne Lamott makes it all fresh in her now-classic account of how she and her son and numerous friends and neighbors and some strangers survived and thrived in that all important first year.”

SO…I ACTUALLY BOUGHT HER NEWEST BOOK, “SMALL VICTORIES”  BEFORE IT WAS EVEN RELEASED!

“Anne Lamott writes about faith, family, and community in essays that are both wise and irreverent. It’s an approach that has become her trademark. Now in Small Victories, Lamott offers a new message of hope that celebrates the triumph of light over the darkness in our lives. Our victories over hardship and pain may seem small, she writes, but they change us—our perceptions, our perspectives, and our lives. Lamott writes of forgiveness, restoration, and transformation, how we can turn toward love even in the most hopeless situations, how we find the joy in getting lost and our amazement in finally being found.”

I ADORE AMY POEHLER AND LOVE A GOOD BIOGRAPHY SO HERS WAS NEXT!

“Do you want to get to know the woman we first came to love on Comedy Central’s Upright Citizens Brigade? Do you want to spend some time with the lady who made you howl with laughter on Saturday Night Live, and in movies like Baby Mama, Blades of Glory, and They Came Together? Do you find yourself daydreaming about hanging out with the actor behind the brilliant Leslie Knope on Parks and Recreation?”

”    Penobscot Indian Molly Ayer is close to “aging out” out of the foster care system. A community service position helping an elderly woman clean out her home is the only thing keeping Molly out of juvie and worse…As she helps Vivian sort through her possessions and memories, Molly learns that she and Vivian aren’t as different as they seem to be. A young Irish immigrant orphaned in New York City, Vivian was put on a train to the Midwest with hundreds of other children whose destinies would be determined by luck and chance.”

“WHEN I FOUND YOU”

“While duck hunting one morning, childless, middle-aged Nathan McCann finds a newborn abandoned in the woods. To his shock, the child—wrapped in a sweater and wearing a tiny knitted hat—is still alive. To his wife’s shock, Nathan wants to adopt the boy…but the child’s grandmother steps in. Nathan makes her promise, however, that one day she’ll bring the boy to meet him so he can reveal that he was the one who rescued him.”

“An astonishing first novel that traces the lives of a Scottish family over a decade as they face the joys and longings, fulfillment and betrayals of love in all its guises.  In June of 1989 Paul McLeod, a newspaper publisher and recent widower, travels to Greece, where he falls for a young American artist and reflects on the complicated truth about his marriage. . .. “

“Seventy-year-old Percy Darling is settling happily into retirement: reading novels, watching old movies, and swimming naked in his pond. But his routines are disrupted when he is persuaded to let a locally beloved preschool take over his barn. As Percy sees his rural refuge overrun by children, parents, and teachers, he must reëxamine the solitary life he has made in the three decades since the sudden death of his wife.

“Twenty-four-year-old Natalie Taylor was leading a charmed life. At the age of twenty-four, she had a fulfilling job as a high school English teacher, a wonderful husband, a new house and a baby on the way.  Then, while visiting her sister, she gets the news that Josh has died in a freak accident.  Four months before the birth of her son, Natalie is leveled by loss. …”

and one more…..late entry…I am adding this one at the suggestion of my cousin… 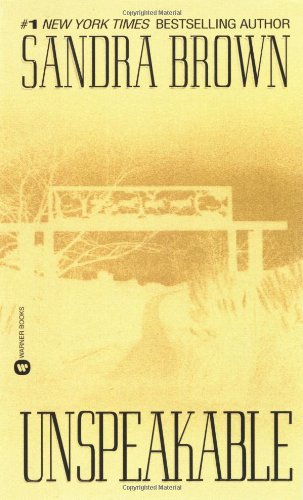 “Anna Corbett is deaf and mute, but she’s not stupid. When the young widow is told by her aging father-in-law, Delray Corbett, that Jack Sawyer has been hired to work their eastern Texas ranch merely as an extra pair of hands, Anna knows that it’s really the news of criminal Carl Herbold’s recent prison break that has Corbett hiring the tough drifter. Carl Herbold, along with his brother Cecil, swore vengeance against Corbett, their stepfather, for cooperating with the police when the two were convicted of armed robbery. The Herbold boys were also suspected of another crime–the murder of young Patsy McCorkle–but Ezzy Hardge, then sheriff of Blewer County, Texas, never found the proof needed to go to trial. Twenty years have passed, and the McCorkle murder remains a mystery.”

I cannot wait to get started on the rest of my stack of books. I will be making an effort, over the Christmas holiday…. to make a big dent in lot of them…taking many adventures…meeting many new friends and in the meantime….

lastly..I have asked Santa for a couple of Design Books…to feed my DBA -otherwise known as Design Book Addiction..

.Both books are written by favorite bloggers of mine and both have come highly recommended by Jenny at Little Green Notebook…..

“Elements of Style is a uniquely personal and practical decorating guide that shows how designing a home can be an outlet of personal expression and an exercise in self-discovery. Drawing on her ten years of experience in the interior design industry, Erin combines honest design advice and gorgeous professional photographs and illustrations with personal essays about the lessons she has learned while designing her own home and her own life—the first being: none of our homes or lives is perfect. Like a funny best friend, she reveals the disasters she confronted in her own kitchen renovation, her struggles with anorexia, her epic fight with her husband over a Lucite table, and her secrets for starting a successful blog.”

“Remodelista.com is the go-to, undisputed authority for home design enthusiasts, remodelers, architects, and designers. Unlike sites that cater to all tastes, Remodelista has a singular and clearly defined aesthetic: classic pieces trump designs that are trendy and transient, and well-edited spaces take precedence over cluttered environments. High and low mix seamlessly here, and getting the look need not be expensive (think Design Within Reach meets Ikea)….”

I love to decorate and I love to read.