(short for “Boomerang”) is a 6 year old Australian Shepard. 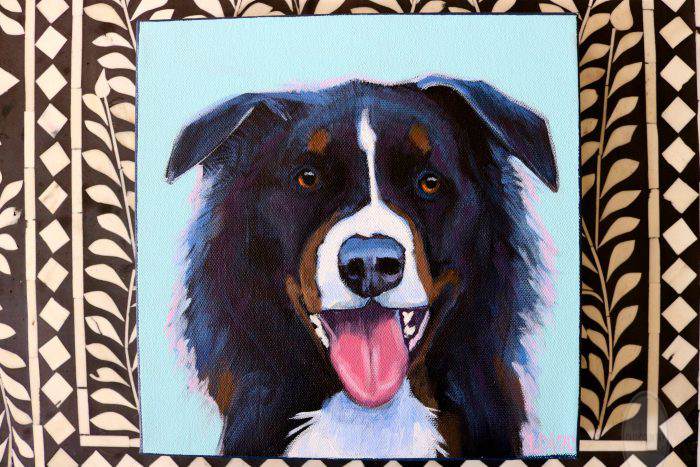 He is the pup of one of my high school classmates…and I am so glad she shared him with me….

If Boomer had a Slogan it might be “will work for Tennis balls!!” He is razor sharp and quick as a flash. My brother had an Australian Shepard named “Mack” and and that guy could wear out the carpet chasing a ball…and Oh are they ever smart!!! If you even THINK “ball” they will come sit by you and wait!!!

Susie says, “Boomer likes to play more than any dog I have ever seen. I am probably outside with him five times away throwing balls and frisbees and he will go until he finally tires out . He does that by bringing one frisbee at a time (we have about six going at one time) to the garage door. When he has all six at the door we know it’s time to stop. But half hour later he will be ready to play again! “

“At Christmas and his birthday he really does open gifts. We wrap his in plain white tissue paper so he knows they are his! As soon as one is opened he is ready for another…just like a kid! And of course he gets a doggie ice cream on his birthday but he cannot blow out the candle!”

Thank you Susie for sharing Boomer with us!!!! 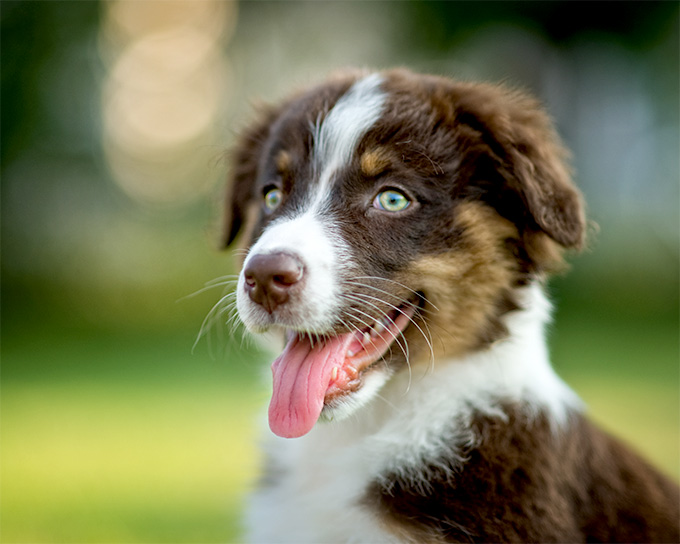 I am contemplating making this a 100 dog challenge!!!!

I have gotten so many submissions and the project is gaining momentum….of course, if I decide to go for 100 DOGS IN 100 DAYS, I will split the blog so that I can incorporate home posts AND DOG-A-DAY POSTS!!!